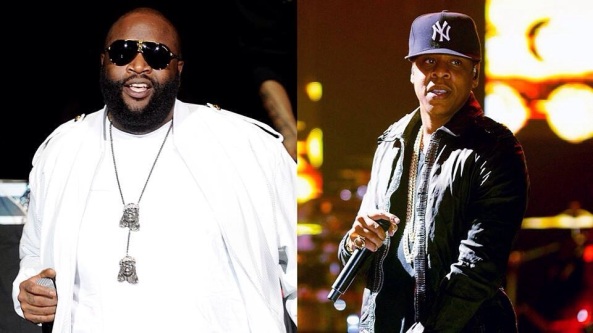 The Bawse released the new track from his forthcoming Mastermind album Thursday afternoon (Dec. 19), featuring over five minutes of predictably braggadocious verses and an obligatory “double cup” nod to “sizzurp” (aka codeine).

“F—-d the game raw when I came in it, gettin’ money ever since I came in it/You couldn’t stop me if you tried, motherf—a, ’cause the Devil is a lie,” Ross spits. “Big guns, big whips, rich n—a talking big s–t. Double cup gold wrist. Double up on that blow, b—h.”

Hov uses his turn at the mic to address rumors that he’s somehow affiliated with the Illuminati, declaring that the long-running fake story is basically the devil at work. “Oh it can’t be a n—a if a n—a rich/Oh it gotta be the devil, that’s some n—a s–t,” he raps, dedicating the rest of his guest spot to more gloating, name-dropping luxury brands, and quips like, “getting white money, but I’m still black.”

“The Devil Is a Lie,” is the second collaboration between the two this year, following Jay’s “F–kWithMeYouKnowIGotIt” off Magna Carta Holy Grail.

Check out the track below: 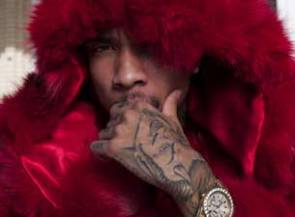 Names can speak volumes. Worth a thousand words, a name will automatically alert others of intension, persona, and, of course, vibe. The right moniker can give people a lasting impression so it’s important to choose wisely and very carefully.By the time he was 12, Michael Nguyen Stevenson was already known around his neighborhood as Tiger. Soon after, Stevenson set his sights on becoming a rapper and thought that he needed a new handle. Tiger wasn’t going to cut it, but rather than totally change his name, he simply tweaked it and came up with Tyga. The new name is more than a simple alias. It’s an acronym for Thank You God Always.

Tyga became obsessed with music, diligently studying the work of Eminem, Cash Money Records, Nas and 2Pac, among others. In a move that would soon provide unintended benefits, Tyga started listening to the songs of his favorite artists and spending hours transcribing the lyrics to their songs. He then would rap along to the song as the music played.

About five years ago, Tyga earned a famous fan in Travie McCoy, lead singer of Gym Class Heroes, when they met at a Los Angeles shoe store.  Impressed by Tyga’s work, McCoy took the aspiring rapper under his wing, flying him out to join his group on tour. While working and touring with McCoy, Tyga recorded and independently released his No Introduction album and met Lil Wayne. Wayne was working on Tha Carter III at the time. Tyga soaked up everything he could from Wayne, especially his remarkable work ethic. Tyga also started developing his public persona as a gifted lyricist who can make credible songs aimed at women and hard-hitting braggadocio bangers.

In-depth Biography
With a rangy set of friends from Fall Out Boy to Lil Wayne, it was obvious from the start that Tyga was not your everyday rapper from Compton. After recording a mixtape and promoting it around the city, Tyga ran into his cousin, Gym Class Heroes member Travis McCoy, in the Flight Club L.A. sneaker shop. Their conversation went from shoes to rappers, and as Travis’ group went from unknowns to MTV stars, he would always remember that talk and his cousin’s unique style. Travis signed Tyga to his Bad Squad label and then invited him along when the punk-pop group Fall Out Boy came calling. Travis and Tyga would appear on the remix to Fall Out Boy’s “Arms Race,” which also featured Kanye West, Paul Wall, Skinhead Rob, Lupe Fiasco, and Lil Wayne. When the remix became a hit, Tyga found himself performing the track on MTV’s Video Music Awards in 2007. He soon entered the studio to do some guest shots for his new friend Lil Wayne before shifting the focus to his solo career. His first single became the hooky “Coconut Juice,” a S*A*M & Sluggo production that borrowed a bit of Harry Nilsson’s hit “Coconut.” As the club track was climbing the charts in the spring of 2008, Tyga was hard at work on his debut album, No Introduction, which was officially released that June. He returned in 2011 with Careless World, an album that featured Game, Snoop Dogg, and Drake among its guests. ~ David Jeffries, Rovi

The Internets are buzzing again about a possibility that a new Jay-Z albumwill be dropping this year.

It’s been four years since Based Hov has blessed us with a solo joint but according to Illseed of AllHipHop.com, Jay is currently working on a new solo project that might even feature some new young guns in the game.

From what I have been hearing, Jay is using this tour with Justin Timberlake to set up the new album. I would have expected him to drop it before a major tour but Jay knows what Jay is doing. As for the music, I heard Jay is talking greasy again! I guess he can afford to do that, since he’s still on the court as

a starter. Lots of new bucks coming in the game. Apparently, he’s recorded with one of them already

Are you anticipating a new Jay-Z solo album?